This part of the Coast Range isn’t very popular for hiking but it’s a nice alternative to the Gorge in the spring. I especially love the fern-covered hillsides and the alders along the creek.

The trail to the summit of Kings Mountain is steep – with 1,000 ft of elevation gain per mile for 2.5 miles – that’s STEEP.

The Harts Cove trail heads 900 feet down through coastal forest to a large, open grassy meadow with views of Harts Cove and Chitwood Falls.

A conditioning hike to Neahkahnie Mountain, starting at the Short Sands trailhead and following the Oregon Coast Trail to the top of Neahkahnie.

Located in the Oregon Coast Range, Gales Creek is close enough for a quick hike without spending too much time getting there and back. On this day, the water in Gales Creek and it’s tributary streams was running higher than I’ve ever seen it.

Located on Cascade Head, the trail to Harts Cove is only open from July 16 to December 31. Part of the Nature Conservancy’s Cascade Head Preserve, researchers are working to protect the endangered Oregon silverspot butterfly, rare wildflowers, and native grasses.

Cape Lookout State Park is my favorite place for camping on the Oregon Coast, and has been a tradition for my husband and I to camp here every year since we moved to Oregon ten years ago.

The wildflowers are in full bloom at Saddle Mountain!

Gales Creek is located in Oregon’s Coast Range, just off highway 6. It’s a good place to go for a quick hike that’s not crowded, and a short drive from Portland. 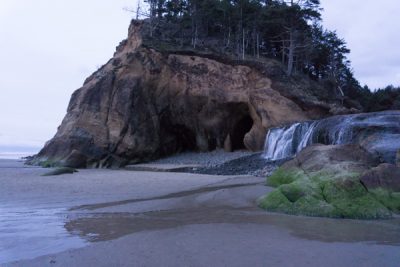