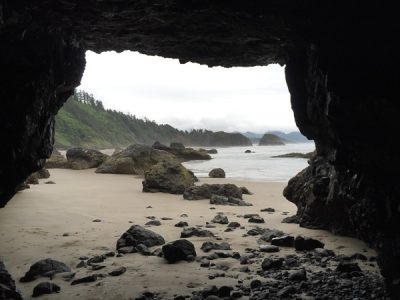 Crescent Beach is one of my favorite locations on the Oregon Coast. The beach can only be reached via a 1.2 mile hike through muddy coastal forest.

Gales Creek is located just off Highway 6, about 40 minutes from Portland. The trail parallels the creek for most of the hike, going up and down, again and again. 7 miles, 1,200 ft. gain

Backpacking trip through muddy conditions to a hiker’s camp on Tillamook Head. 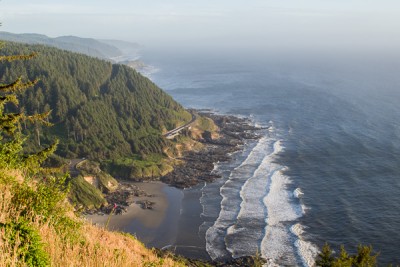 Three days of camping and exploring at Cape Perpetua on the Central Oregon coast: tide pools with purple sea urchins, an old-growth coastal forest hike, pounding surf at Thor’s Well and Devil’s Churn, and even a spouting whale to top it all off (sorry, no whale photos). 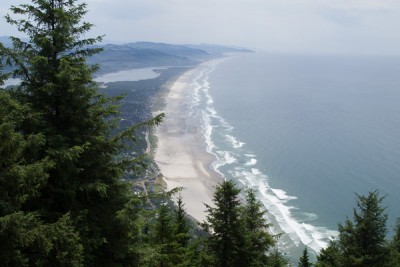 A hike from Short Sand Beach to the rocky summit of Neahkahnie Mountain. 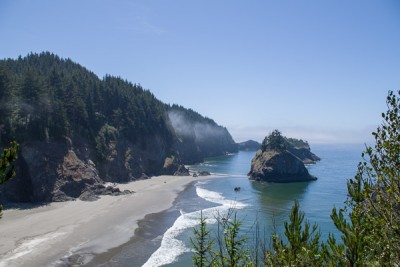 We spent three days exploring and hiking the Samuel H. Boardman Scenic Corridor. Stretching for twelve miles along the Oregon Coast, the park has some of the most dramatic scenery on the west coast.

Popular with mountain bikers, the Gales Creek trail travels gently up and down the hillsides beside Gales Creek through a coastal rainforest of Douglas fir and red alders, with a thick understory of ferns and oxalis.

The views from Neahkahnie Mountain (1,680 ft.) are some of the best in the north Oregon coast. Jutting up directly next to the ocean and Highway 101, Neahhaknie Mountain is part of Oswald West State Park, located north of Manzanita, Oregon and Nehalem Bay.

Winter days on the coast are fantastic when the conditions are right. On this day, it was warmer than in Portland and sunny.